The decision, issued by the Office of Broadband Development and Connectivity, rejects a protest from incumbent internet provider Sparklight (Cable One) which aimed to block the grant.

Construction of a fiber network in East Carroll was due to begin in August before Sparklight’s protest put the work on hold. With the finances now secured, rural internet provider Conexon Connect will begin to lay fiber that will provide fast, affordable internet for 2,500 homes.

The news comes as a relief to the community which had worked for years to improve broadband connectivity in the area, forming an internet task force during the Covid-19 crisis when families struggled with the lack of reliable broadband. When the protest put the network in doubt, residents responded, writing letters and working with local leaders to defend their network. Sparklight has fifteen days to appeal this decision to Commissioner Jay Dardenne so Delta Interfaith is holding off on plans for a launch event until the window for appeal has closed.

Linda Milikin, a leader with Delta Interfaith said: “We applaud the work of Veneeth Iyengar and the Louisiana’s broadband office which has carefully considered the evidence and decided to uphold the grant award!” 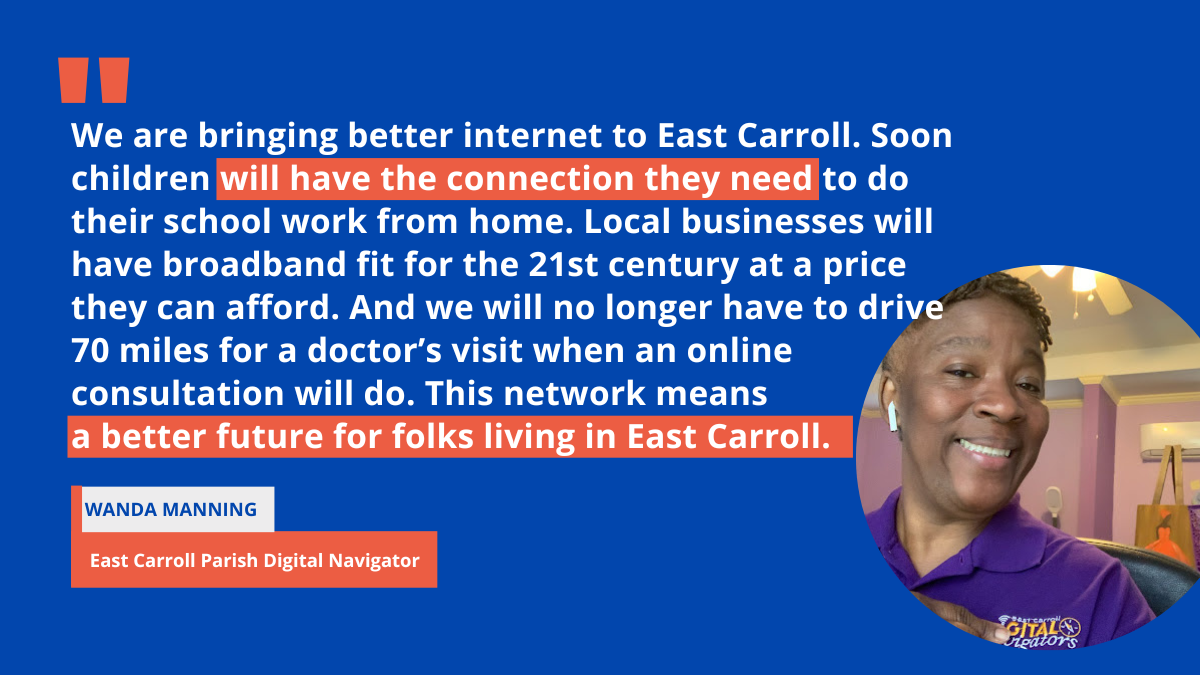